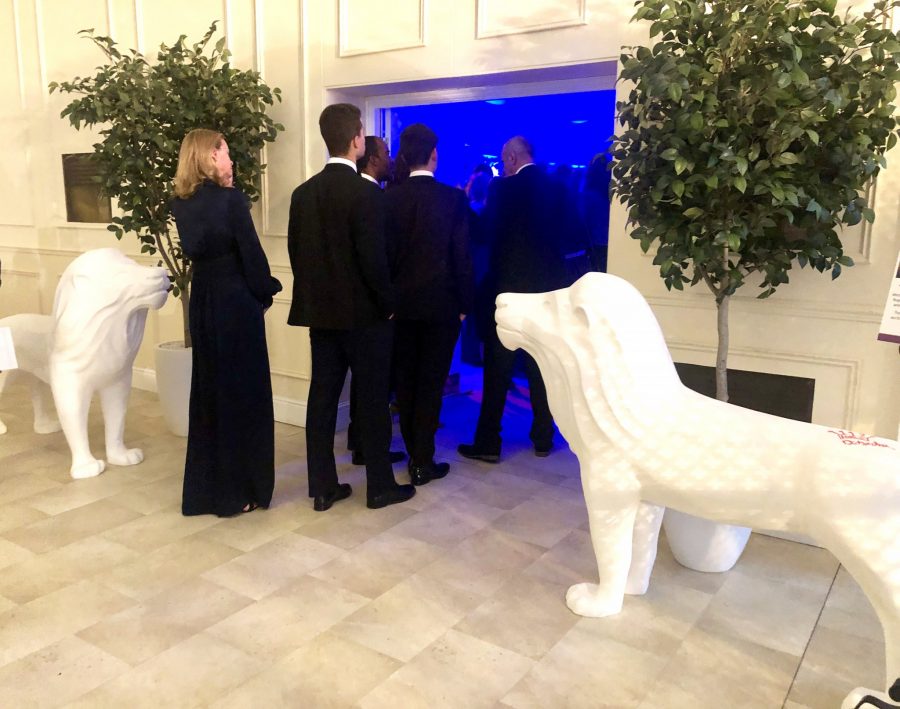 Two of the fabulous Lions of Windsor sculptures were invited to Kensington Palace for the Tusk wildlife charity’s annual ball.

Tusk has declared 2019 the #YearoftheLion to highlight the plight of lions in the wild.  The African lion population has almost halved since 1993 and there are currently estimated to be only 20,000 lions remaining in the wild today.

The growing human population and encroachment has resulted in habitat loss and fragmentation and lions now occupy less than 10% of their historic range. Human-wildlife conflict is a major threat to lions which are killed indiscriminately in retaliation for loss of livestock or human life.  Their prey is also diminishing due to degraded habitat and bush meat hunting.

Tusk’s Patron, Prince William, Duke of Cambridge,  said: “When I visited Tusk projects in Namibia and Tanzania last year, I was encouraged that so many people are doing such fantastic work on the ground to provide a future for Africa’s incredible wildlife, and the communities that live alongside it.

“Nature is not a luxury. Our continued existence on this planet depends on it. This is why Tusk’s work to help protect the precious wildlife we have left in Africa is so crucial. And it’s also why Tusk’s philosophy of combining this on-site protection with environmental education is so important. Local communities must understand the inherent value of the natural world and the economic benefits they will gain from preserving it.”

The event was hosted by the brilliant impressionist Rory Bremner, with entertainment from the wonderful opera singer Catherine Jenkins.

The Ball was chaired by entrepreneur and Dragon’s Den judge Deborah Meaden, who said: “We live in trying times and our ability to destroy so much of the natural world is truly alarming. In less than fifty years studies show that we have lost 60% of the world’s mammals, birds, fish and reptiles, whilst the human population has tripled. Africa, alone, is projected to double its human population in the next 30 years. Therefore conservation of the natural world must no longer be seen as either a luxury or prioritising wildlife over humans, but as an imperative that supports all life on earth.”

Tusk is one of the Lions of Windsor charity beneficiaries and funds several lion conservation projects, including the Ruaha project. The unique lion project trains ‘Lion Defender’ dogs to warn livestock herders that lions are approaching, so that they can take the herd to safety rather than killing lions to protect them.   The Ruaha Project is also working with young warriors to help them protect the community from lions using non-lethal means. 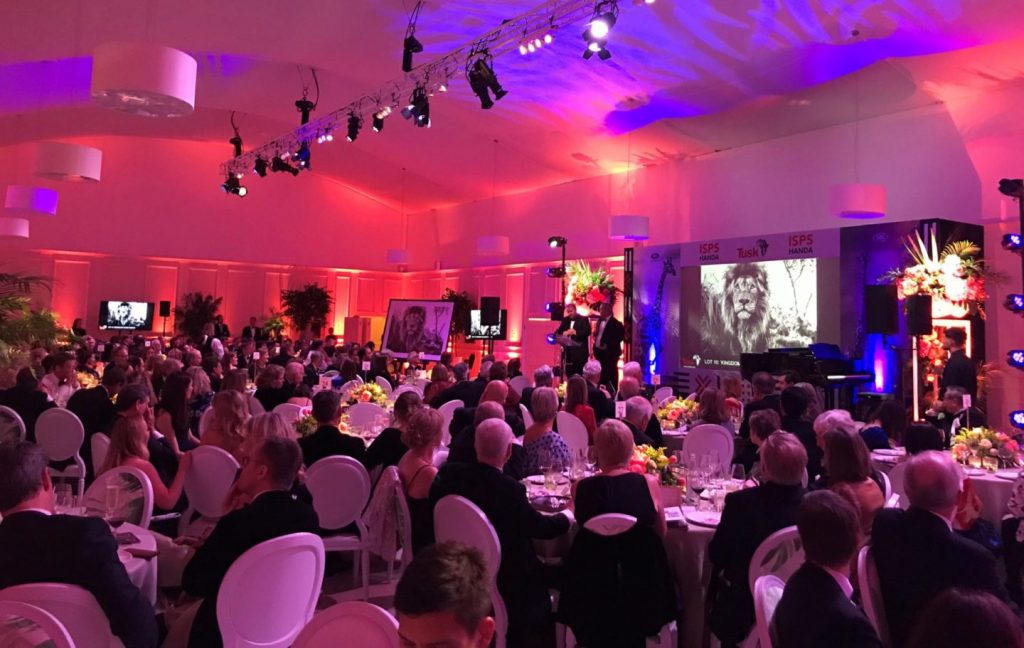 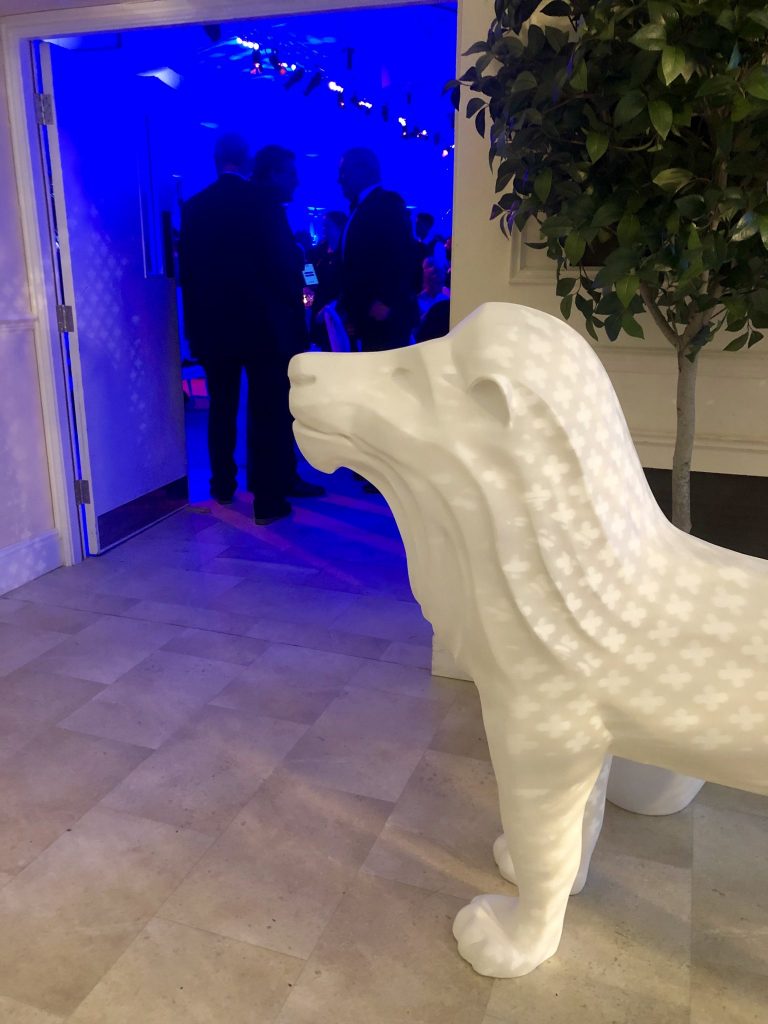 One of two Lions of Windsor lions, standing guard at the entrance to the Tusk Ball at Kensington Palace. 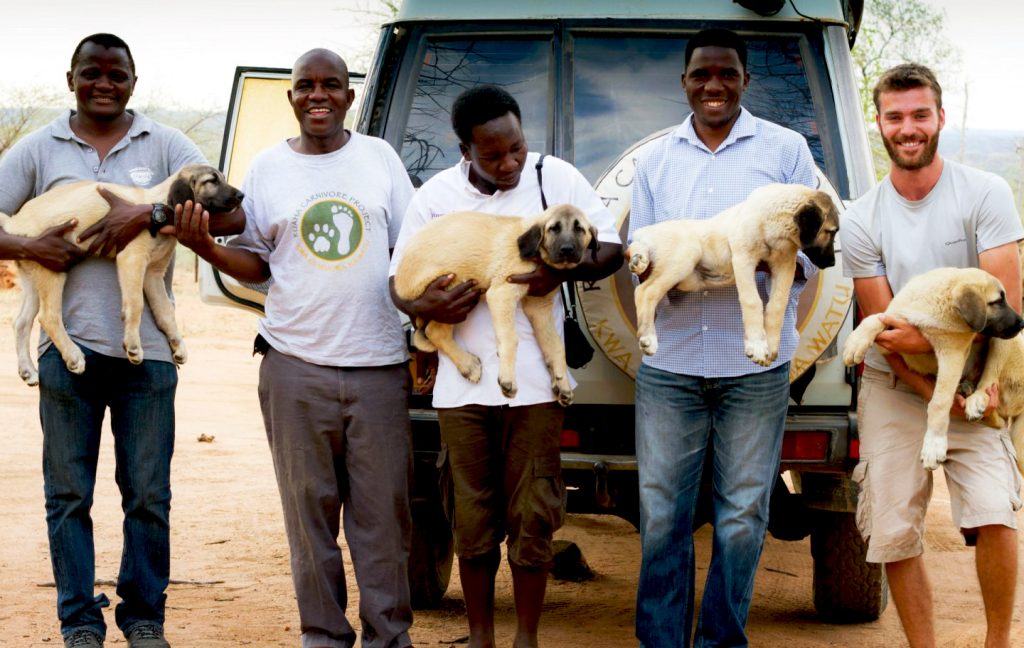 Lion Defender dogs, especially trained to alert herders to lions as part of the Ruaha Project.