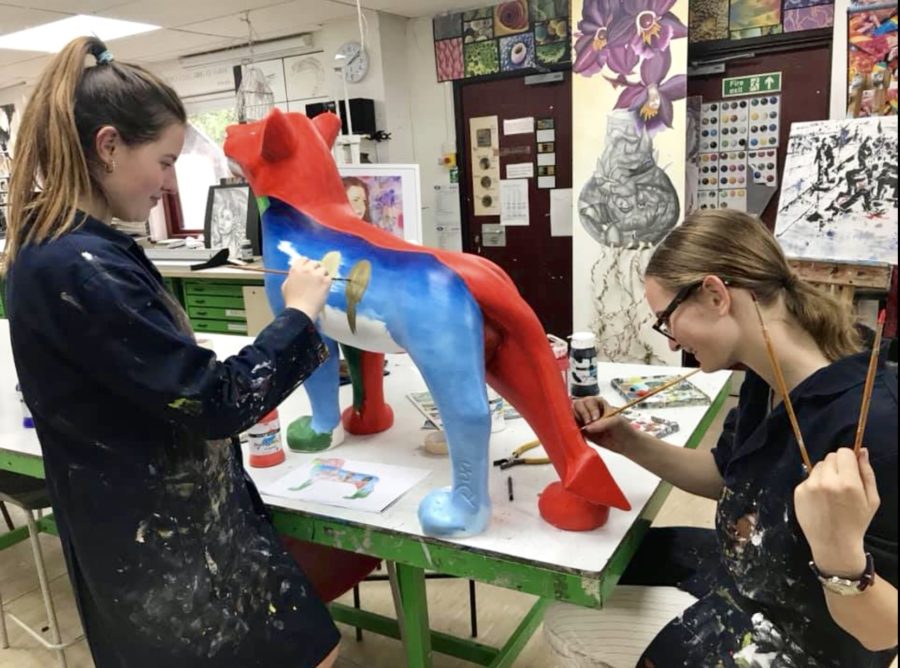 A talented pride of artists and designers is currently hard at work decorating the magnificent lion sculptures.

Some of the finished works of art have made their way back to Windsor where they are being varnished and cared for at our pop-up Lion’s Den at Windsor Yards.

International artists are flying in from all over the world to paint their lion sculptures, including:

– Award-winning jewellery designer and member of the Thai Royal family Rojanatorn Na Songkhla, is flying in from Bangkok next week to decorate her lion for Windsor’s Thai Square restaurant

– The great-great granddaughter of French impressionist Camille Pissarro, Lyora Pissarro, is jetting in from New York later this month to paint her lion at the ‘Lions Den’ in Windsor Yards.

Local schools and artists are finishing off their cute lion cubs, which will be displayed on the mane trail from World Lion Day on 10th August. 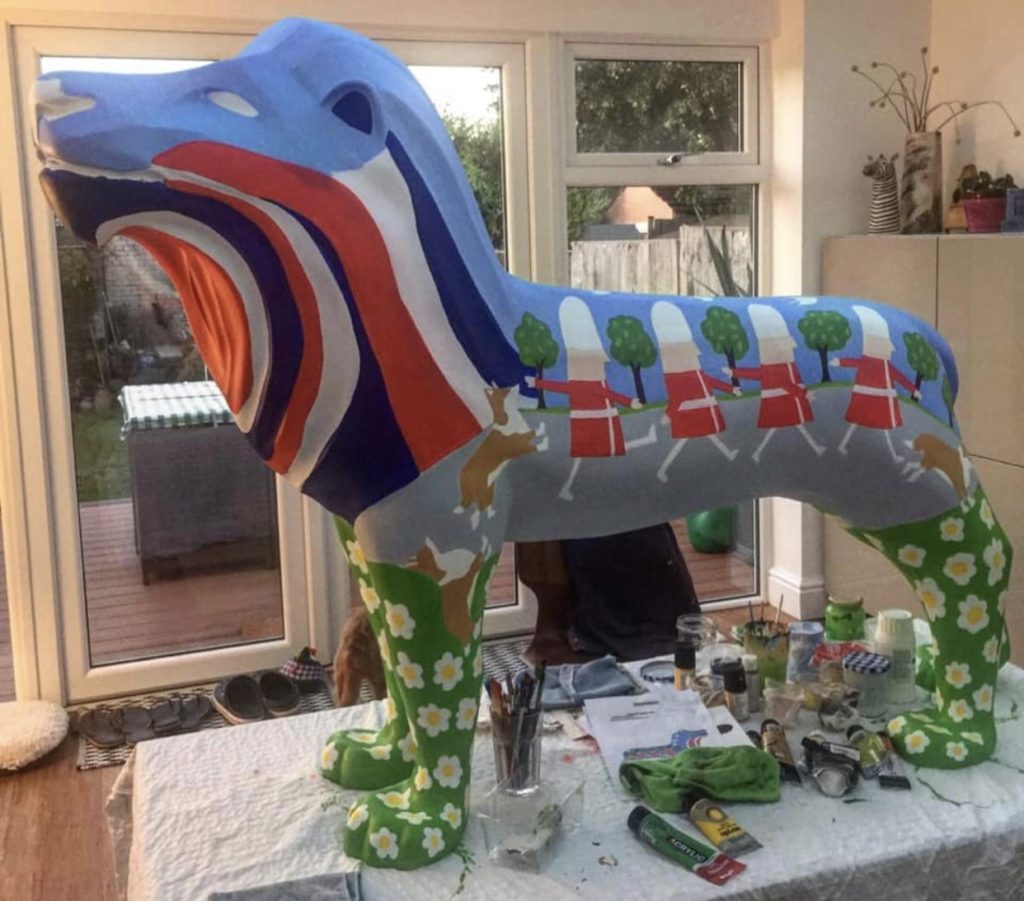 Tracey English’s Windsor themed lion, which will take pride of place displayed outside the Regus Windsor business centre in Thames Street, on the approach to Eton Bridge.  Roarsome! 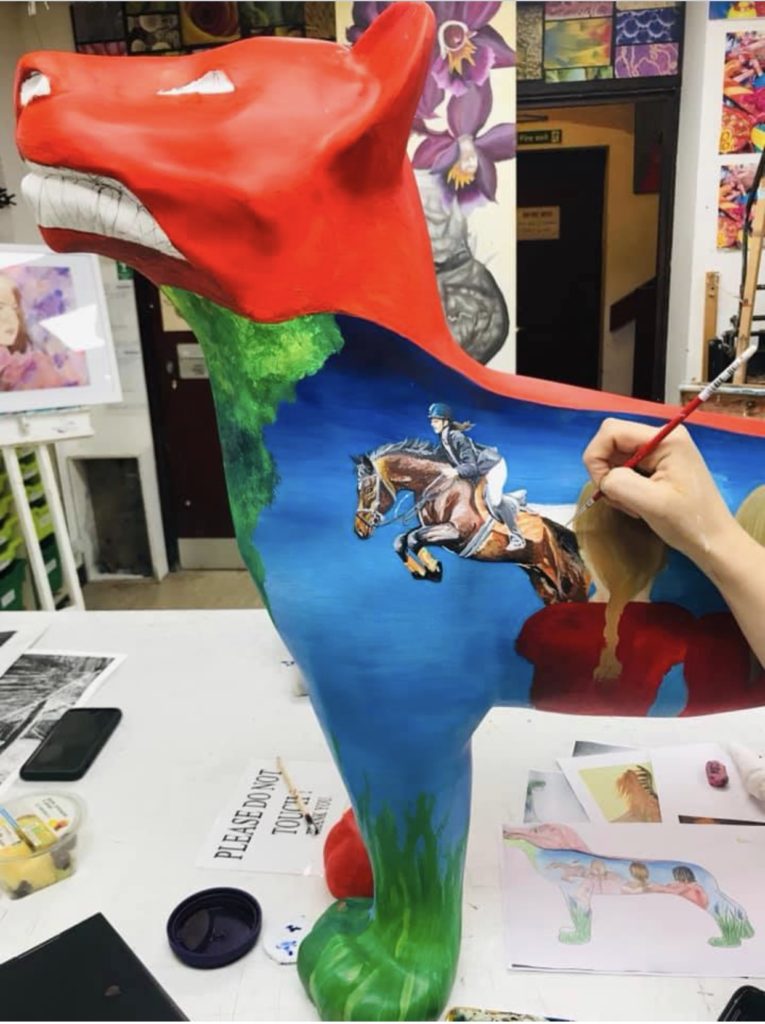 The St George’s, Ascot lion cub taking shape – fantastic artwork! George will go on display in Ascot from 10th August and is currently on display at our pop-up Lion’s Den in Windsor Yards. 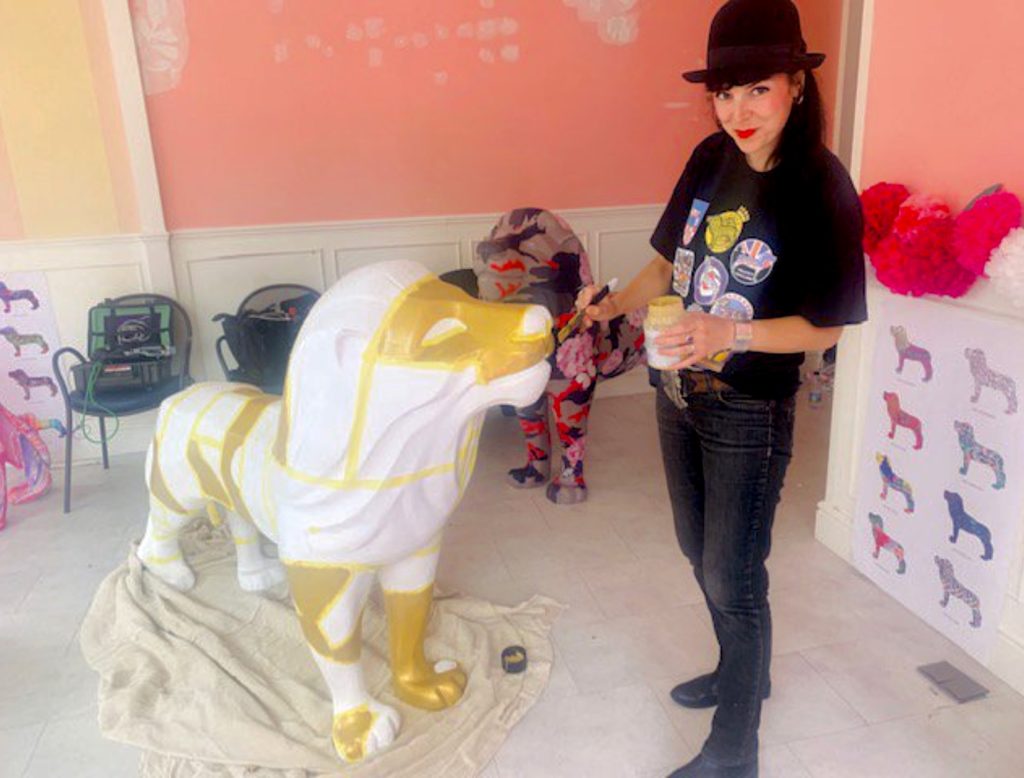 Rose Hill with her Cote Brasserie lion, painting in the pop-up Lion’s Den in Windsor Yards.

The amazing Mister Mistry painting his lion for Regus Maidenhead, which will take pride of place outside their co-working centre in Bell Street, Maidenhead. 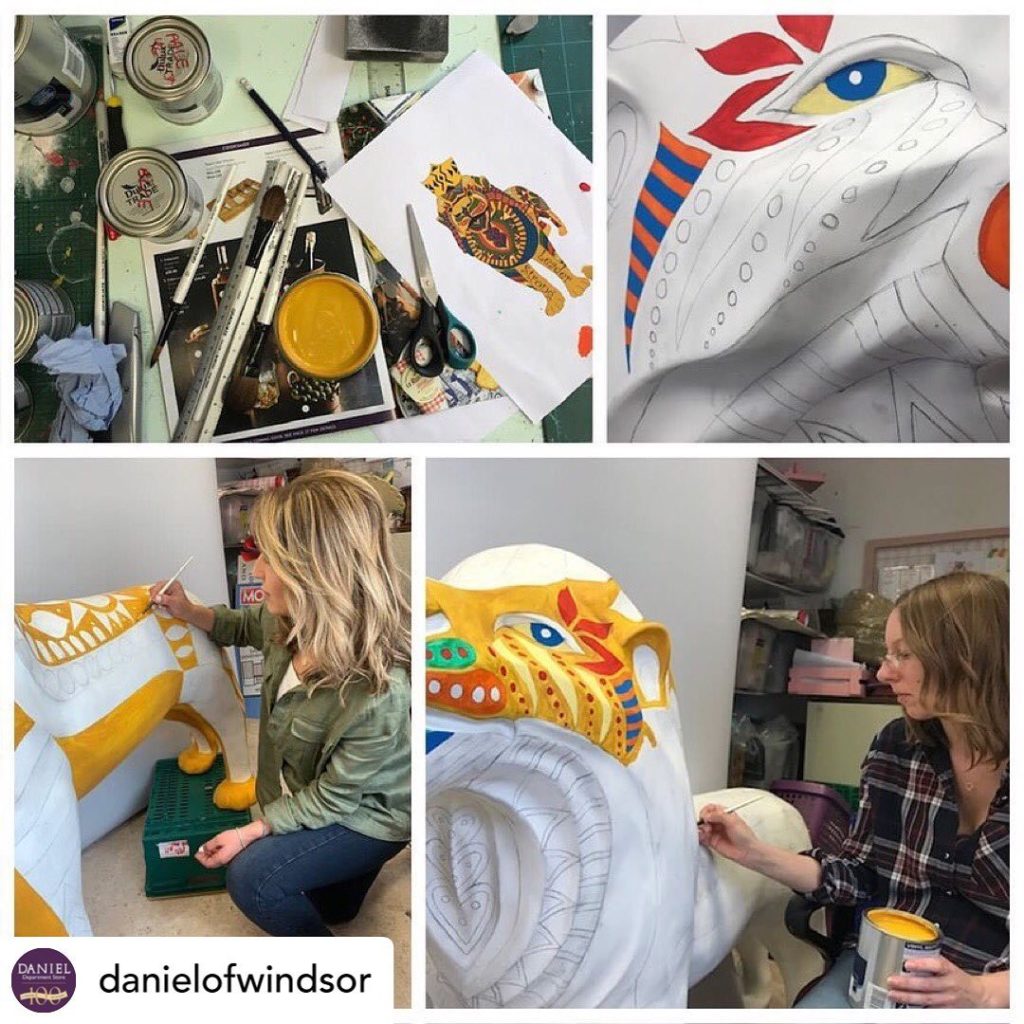 The in-house team at Daniel of Windsor are hard at work on their lion, which will be displayed in their award-winning Toy Kingdom from August 10th until the end of October. 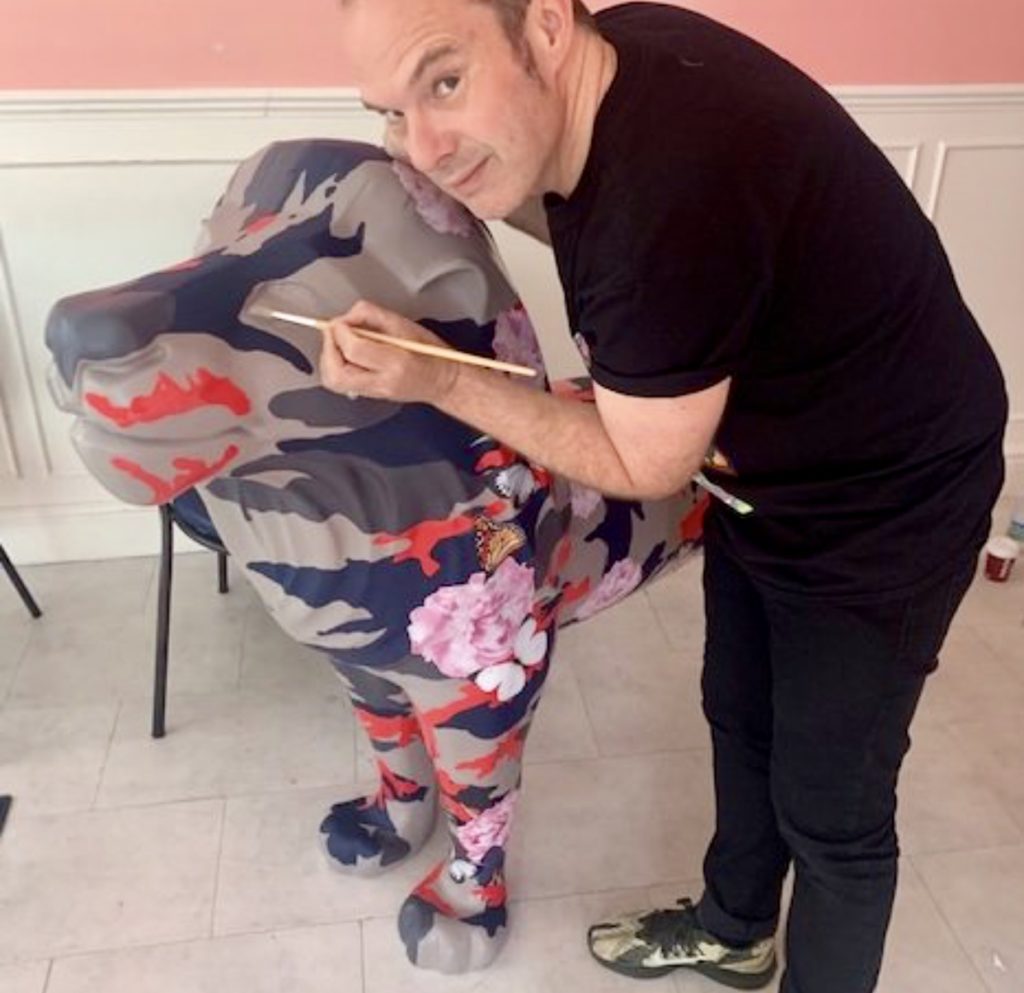 The ex-head of the Christian Lacroix studio, designer Craig Wheatley, came over to Windsor from Paris to decorate his lion for sponsor Strutt & Parker, Windsor. 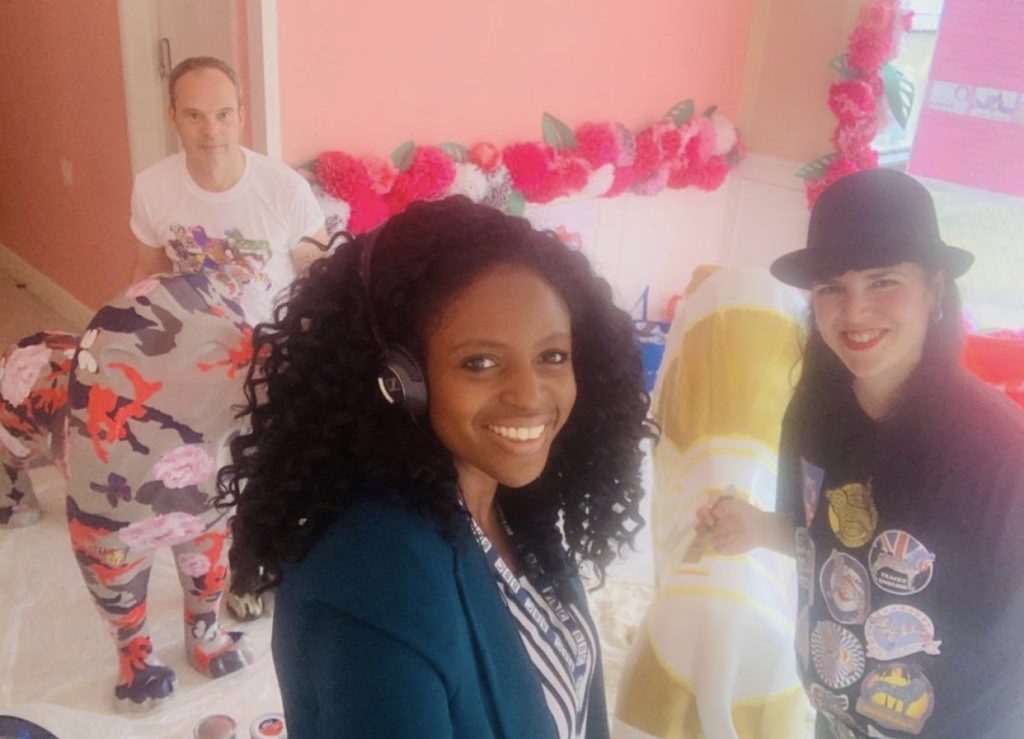 BBC Radio Berkshire interviewing Rose Hill as she paints her lion for Cote Brasserie which will enjoy spectacular river views from the restaurant this summer!