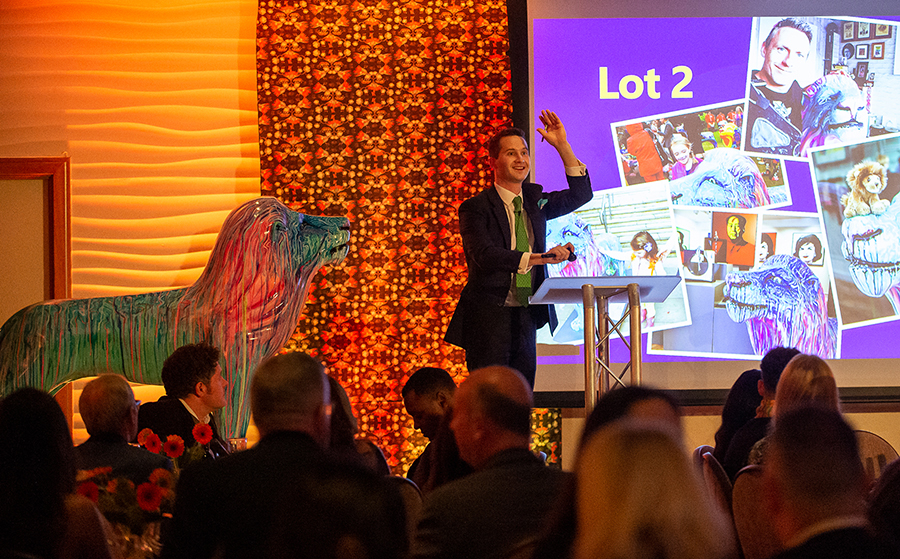 The Lions of Windsor & Maidenhead 2019 auction saw 38 of the magnificent lion and cub sculptures go under the hammer at a glittering evening at the Runnymede on Thames Hotel & Spa on 28th November, including a blank sculpture, decorated to the buyer’s bespoke design.

The evening was hosted by actor and comedian Tim Brooke-Taylor OBE and the pride was auctioned by Hugh Creasy, Business Director of Christies, supported by Dawson’s Auctioneers & Valuers and the online auction site UKAuctioneers.com.

Entertainment was provided by ‘Lion King’ and ‘Motown the Musical’ singers David Albury and Cherelle Williams, who wowed everyone with their amazing performances at the start and end of the evening.  Guests enjoyed having their faces decorated by ‘Diamond Empress’ artist Anna Kompaniets and watching artist Lois Cordelia live-painting.  Lois painted the supersized ‘Leo-Nardo’ in celebration of Leonardo da Vinci’s 500th anniversary. 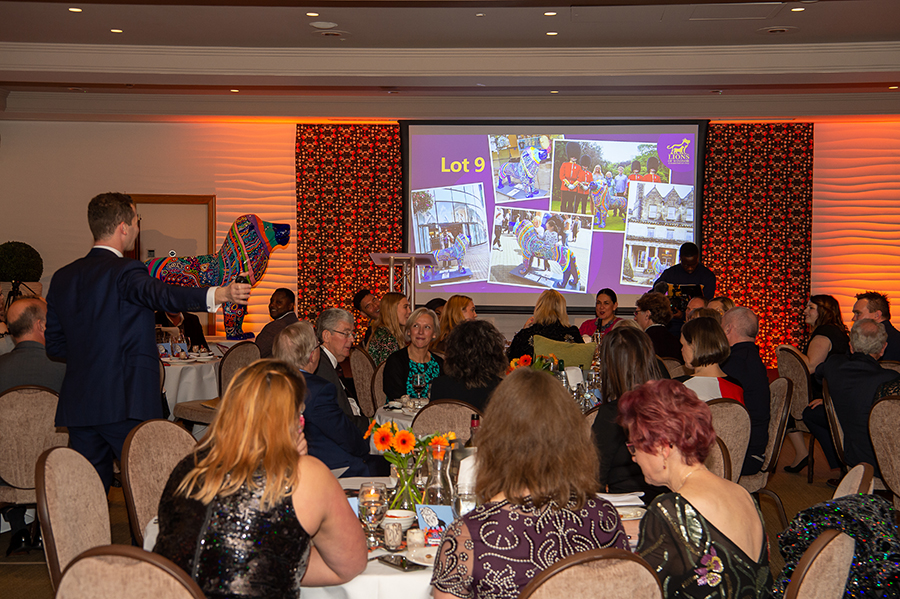 Auctioneer Hugh Creasy in and amongst auction guests.

The magnificent lion sculptures were bought by lion fans in the room, online and via absentee and phone bidding.  The fabulous felines are now on their way to pastures new across the UK and beyond, from Windsor to Warrington and even to New York!

The popular ‘Windsgrrr’, displayed at the Cinnamon Cafe in Windsor Royal Shopping over the summer, was snapped up by his sponsors and is now back in pride of place at the cafe as a permanent mascot.  The lovely lion cub ‘Lagoon’ by Lucy Tiffney has set up a new territory at King Edward VII Hospital in Windsor, where he will delight thousands of patients and staff  for many years to come.  ‘Alfie’, the Windsor & Eton Brewery lion painted by Martin Jessup is heading to a garden in Wolverhampton for display alongside the new owner’s giant panther and hare sculptures, and ‘Barbary’ by Hong Kong artist ‘Eleanor McColl’ is making his way north as a surprise Christmas present!

The lion travelling furthest afield is ‘Alan Howland’, the eye-catching lion painted in oils by Lyora Pissarro, the great-great-granddaughter of French Impressionist Camille Pissarro, which is being prepared for shipping to his new owner in Brooklyn, New York.

A big roar of thanks to everyone who attended the auction and to the brilliant online, phone and absentee bidders, who helped to raise over £50,000 on the night.

Many thanks also to the thousands of lion fans from around the world who followed their Lion Trail maps across the region, discovering places they would not have seen otherwise and enjoying tracking down the purr-fect Lions of Windsor & Maidenhead pride. 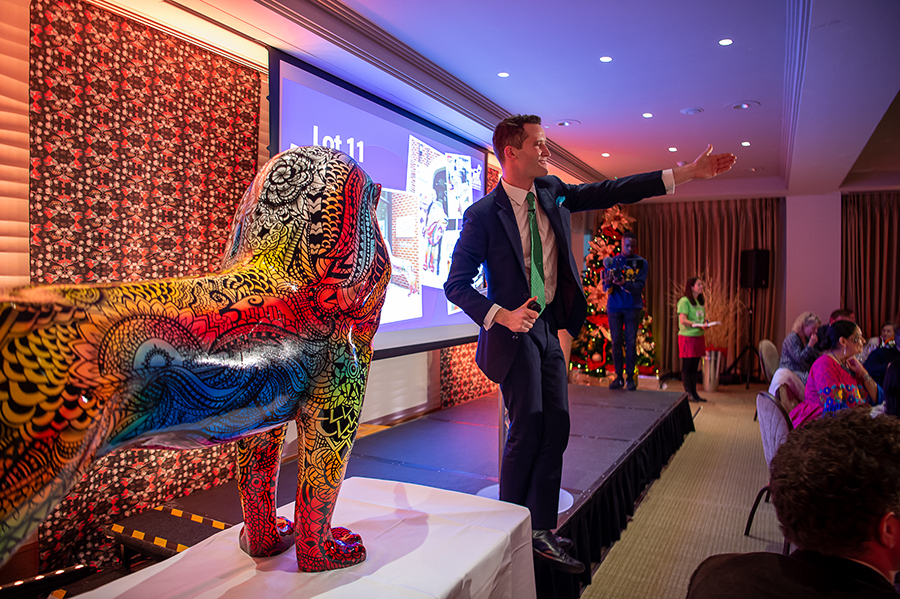 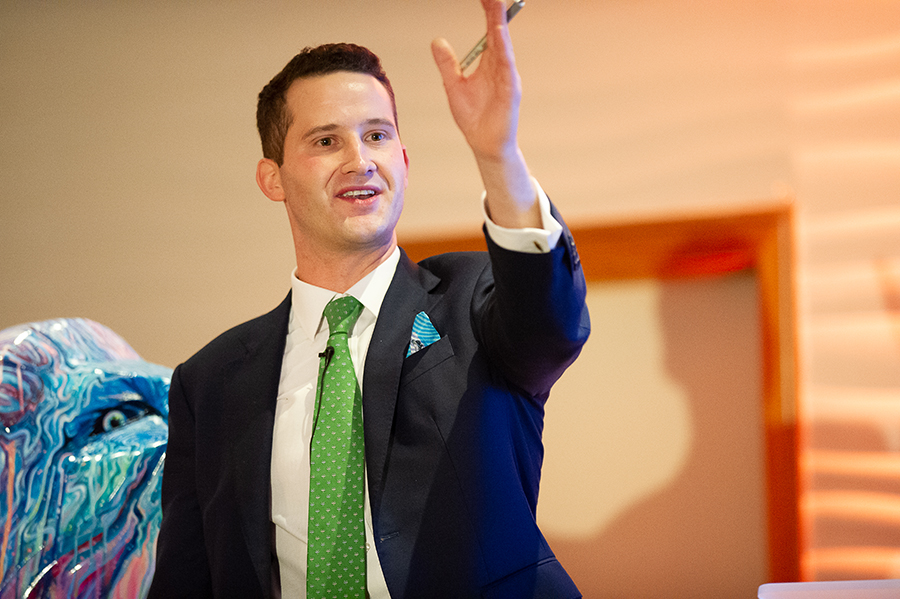 Leonidas by Robert Oxley, peeking out behind Hugh, was sponsored by Castle Fine Art and is now heading off to his new forever home. 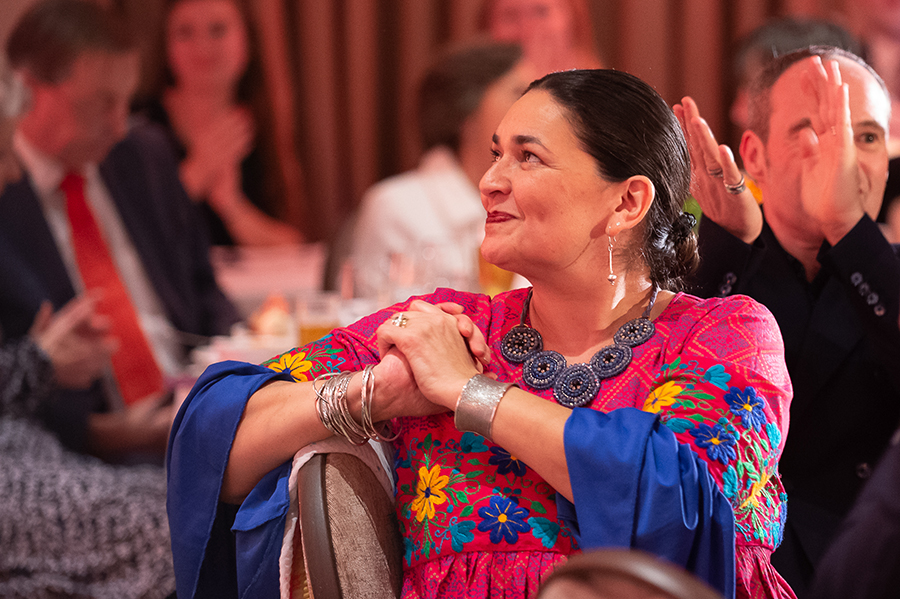