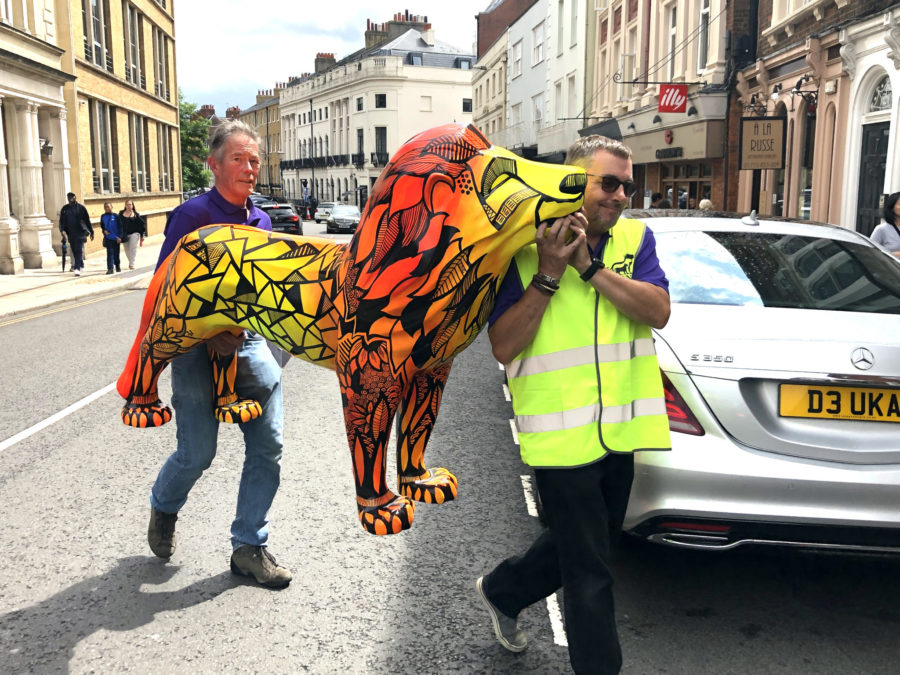 All of the fabulous Lions of Windsor 2019 sculptures have been snapped up by lion fans across the UK and in the USA, where coincidentally, two of the roarsome pride are heading!

Kaffe Fassett’s ‘Rose Marble Lion’ and Lyora Pissarro’s ‘Alan Howland’ are being crated up this week and will be on the high seas over Christmas, on their way to their new homes in New York.

Rose Marble Lion was snapped up by a Kaffe Fassett fan in Middle Island, who saw photos on Kaffe’s Facebook fan page and bid for the lion from the US, and ‘Alan Howland’ was bought by an admirer of Lyora Pissarro’s artwork and will be living in the heart of Brooklyn!

Alfie and Barbary headed north to Wolverhampton and Warrington and a mini-pride is staying in the Windsor area, where they have been bought by local businesses, families and sponsors.  Some will be displayed in public spaces, such as ‘Windsgrrr’ at the Cinnamon Cafe in Royal Windsor Shopping and ‘Jump In’ will be the new mascot for the Jump In Trampoline Park in Slough.  He will also spend time at their other parks around the country.  What?  You’ve never seen a lion on a trampoline before?! 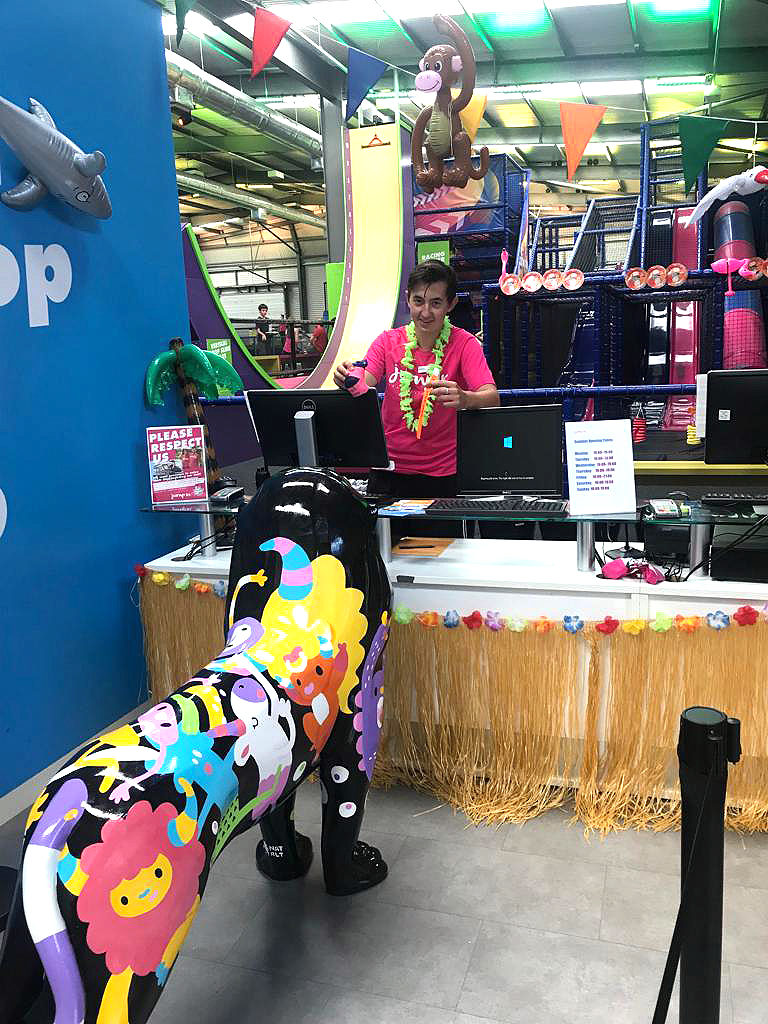 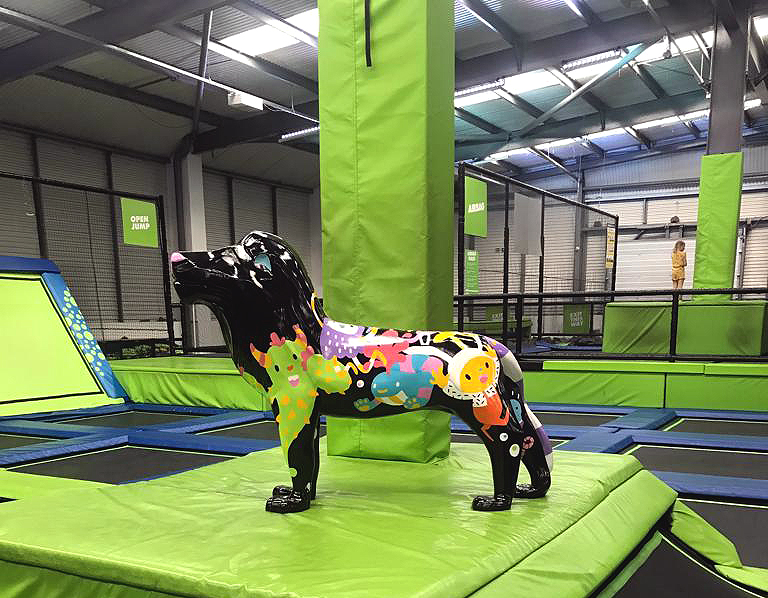 Raffle lion was won by a lion fan in Slough who saw his ticket drawn out of the hat by the Windsor Town Crier on Instagram.  He is now deciding how to decorate it!

Several people bought two or more lions.  The fabulous Luna is now living with Cosmic Reuben the lion cub in Fulham; Mr Rainbow, LifeLion and Prints Owen of Windsor are in pride of place on the roof terrace of Skyworld in Windsor; Albert and the Coldstream Guards’ themed cub Nulli Secundus have moved to an estate in Windlesham; Jabari and Roi des Fleurs have set up a new joint territory in South Ascot, and Henry and March On were snapped up by a buyer in Windsor, who gave March On to his mother as a Christmas present!

‘The King and I’ and ‘Royal Blue’ are now best of mates and living in a garden in Park Street, Windsor; Winston Wiggle and Lion Movement have moved south to a hallway near Portsmouth, Lagoon the cub, decorated by Lucy Tiffney, is delighting staff and patients at the King Edward VII hospital in Windsor and the stunning Carter, painted in traditional fairground style by Aaron Stephens will soon be heading north of the border to Scotland!

A huge roar of thanks to everyone who bid for one of the magnificent lion sculptures and to all the talented artists and generous sponsors.  We hope to post some photos of the pride in their new homes soon.

Happy Christmas from the lion team and we wish you a roarsome New Year!