The supersized lion sculptures have been decorated by some of the world's leading artists, designers, illustrators and creatives for this summer's 'mane' event!

Thank you to our fabulous lion artists! 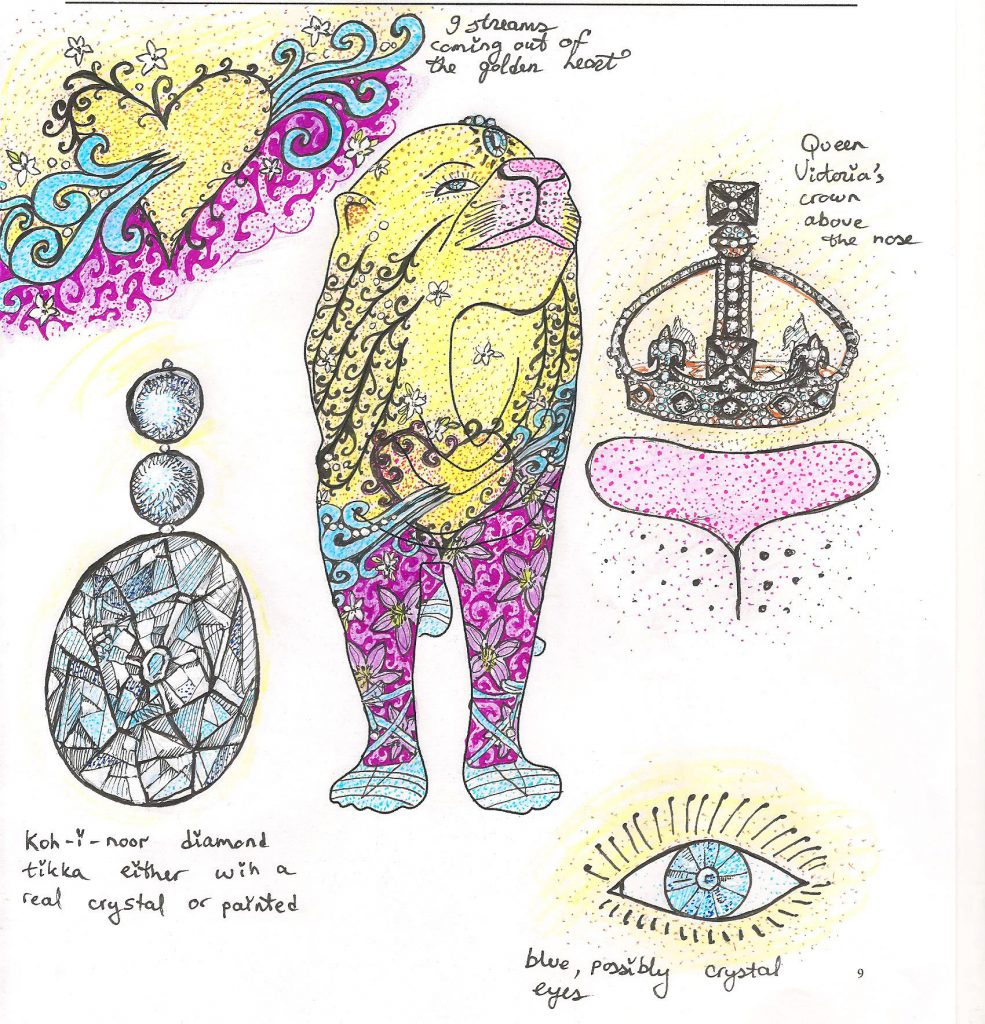 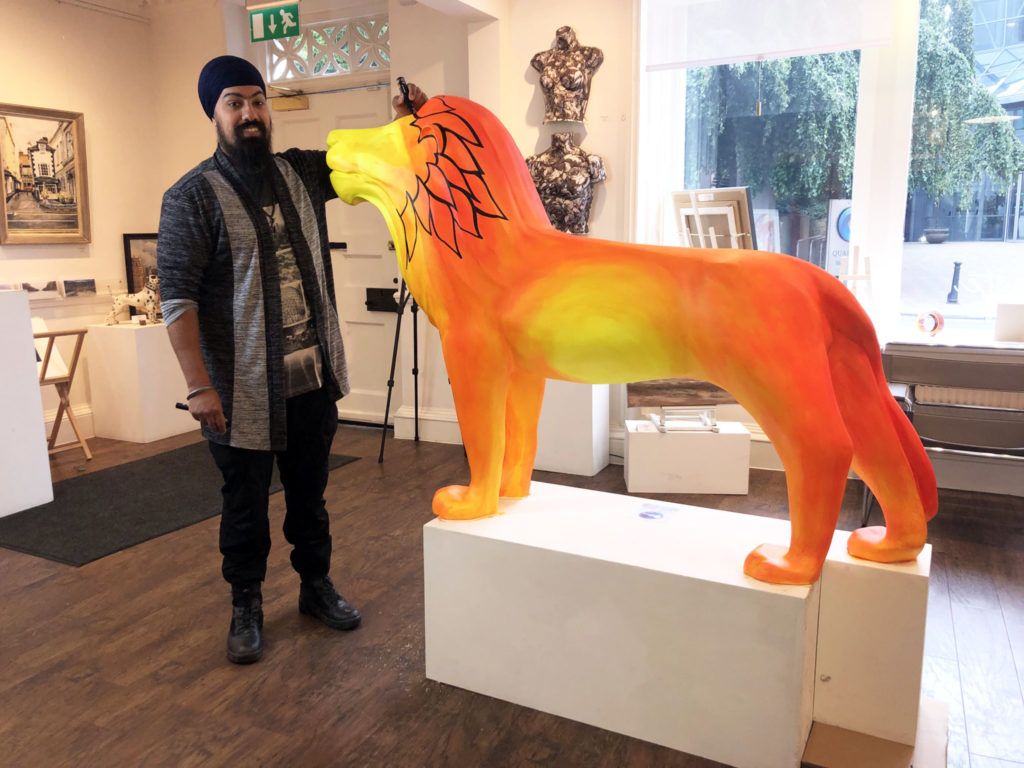 'Artist Amrit Singh painting his lion for Ice Experience at the Gallery at Ice on Windsor High Street. 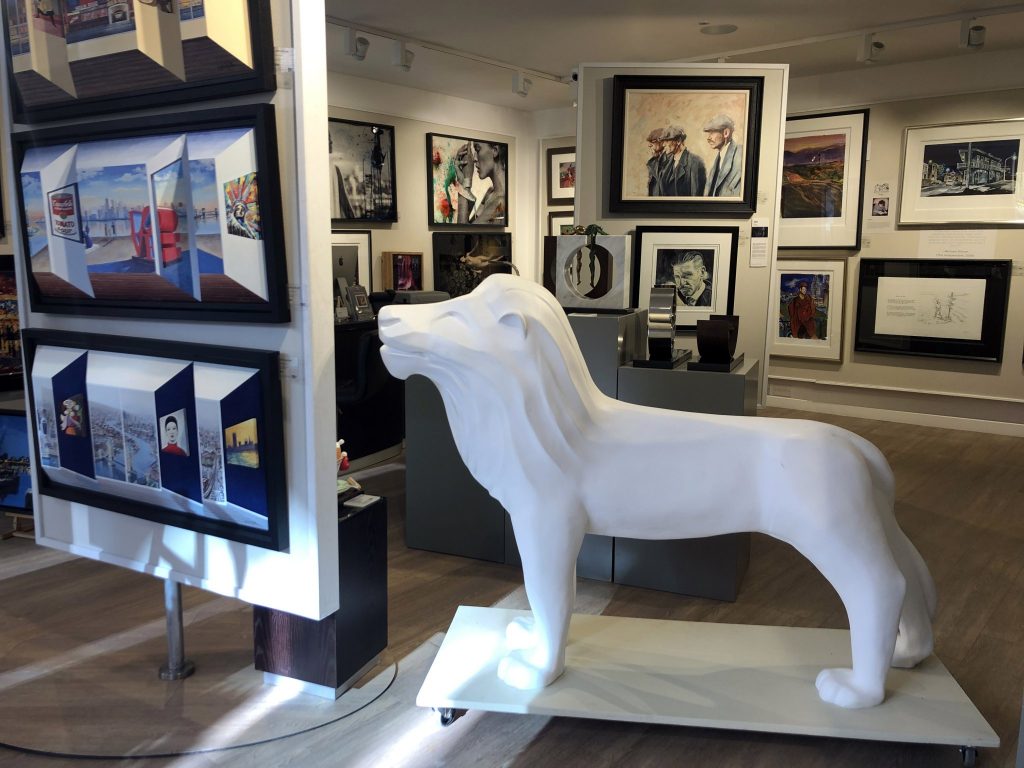 The Castle Fine Art lion arrives at the Gallery in Windsor Yards, before being shipped to his artist, Robert Oxley 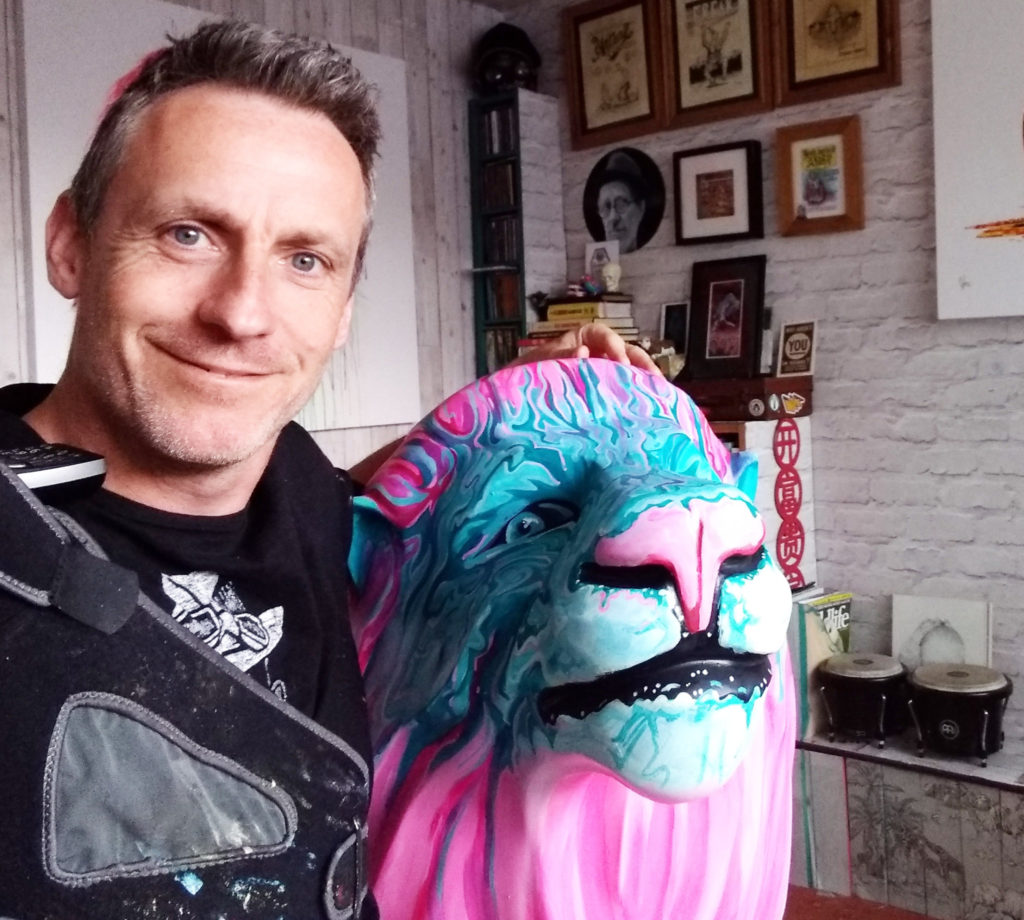 Robert Oxley with his nearly finished lion, which will be displayed outside Castle Fine Art in Windsor Yards. 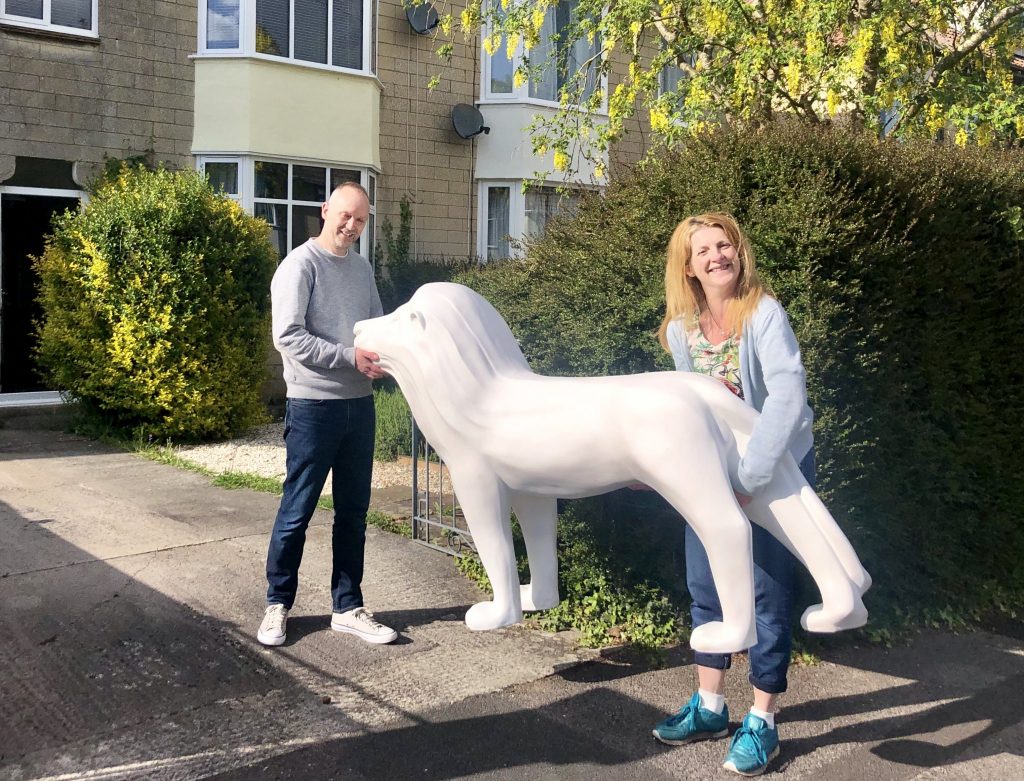 Artist and illustrator Beccy Blake taking delivery of her lion, sponsored by the Cinnamon Cafe in Windsor Royal Station. 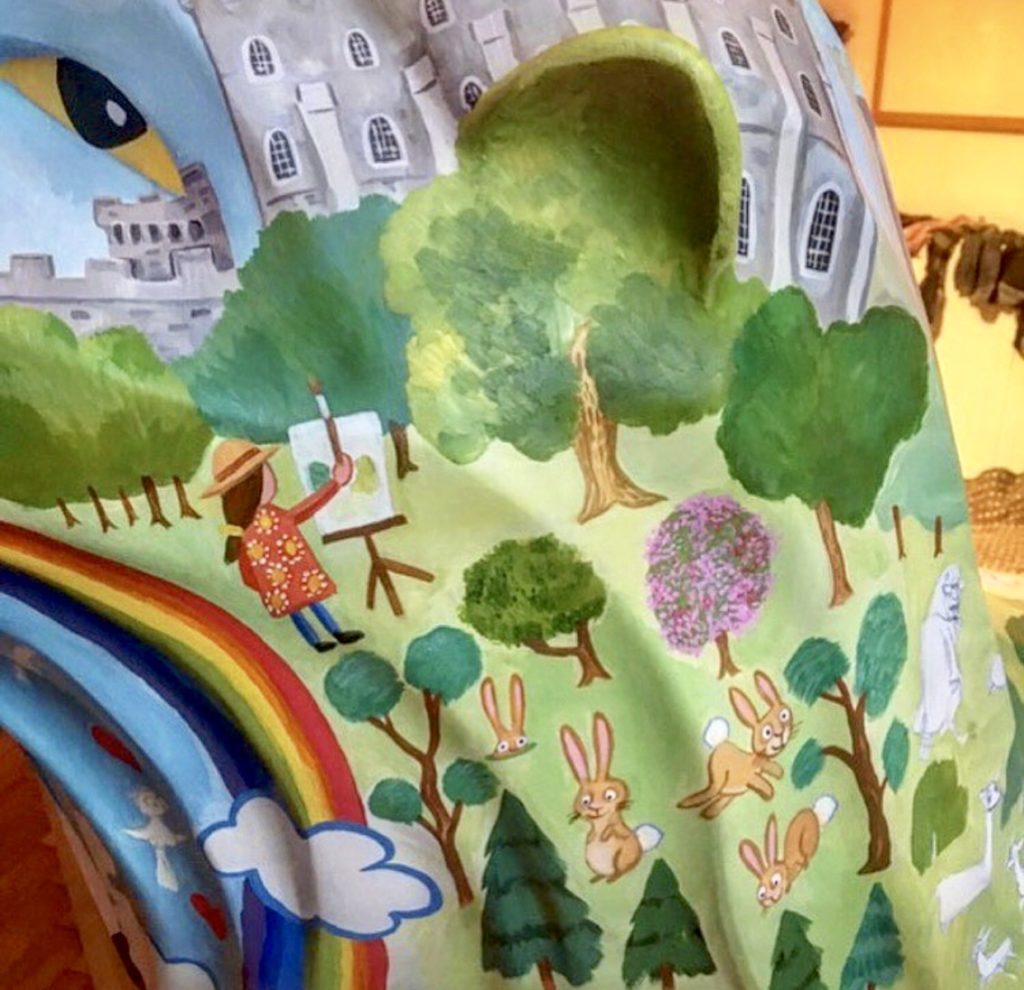 A sneak preview of some of the artwork on Beccy's amazing lion, which features a huge array of fun images of life in and around Windsor, with hidden details to find... 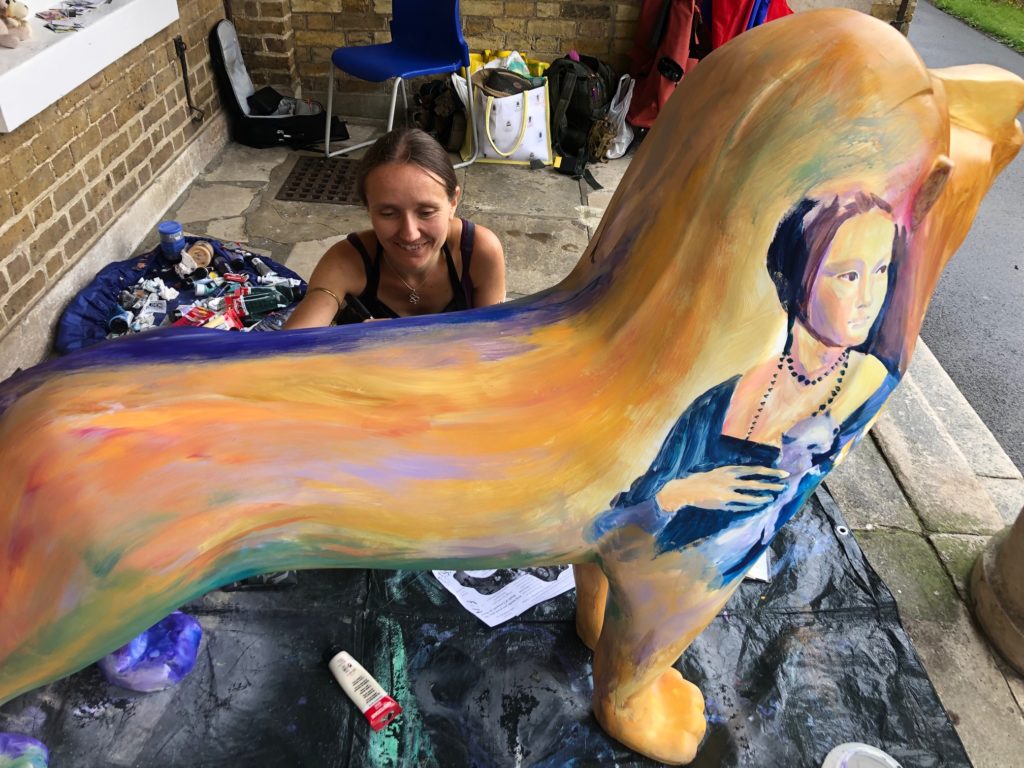 Artist Lois Cordelia painting 'Leo-nardo' in celebration of the genius Leonardo da Vinci's 500th anniversary this year.  Leo-nardo will be displayed in pride of place outside the Cosmetic Doctor Clinic in Curfew Yard, opposite Windsor Castle. #Leonardo500 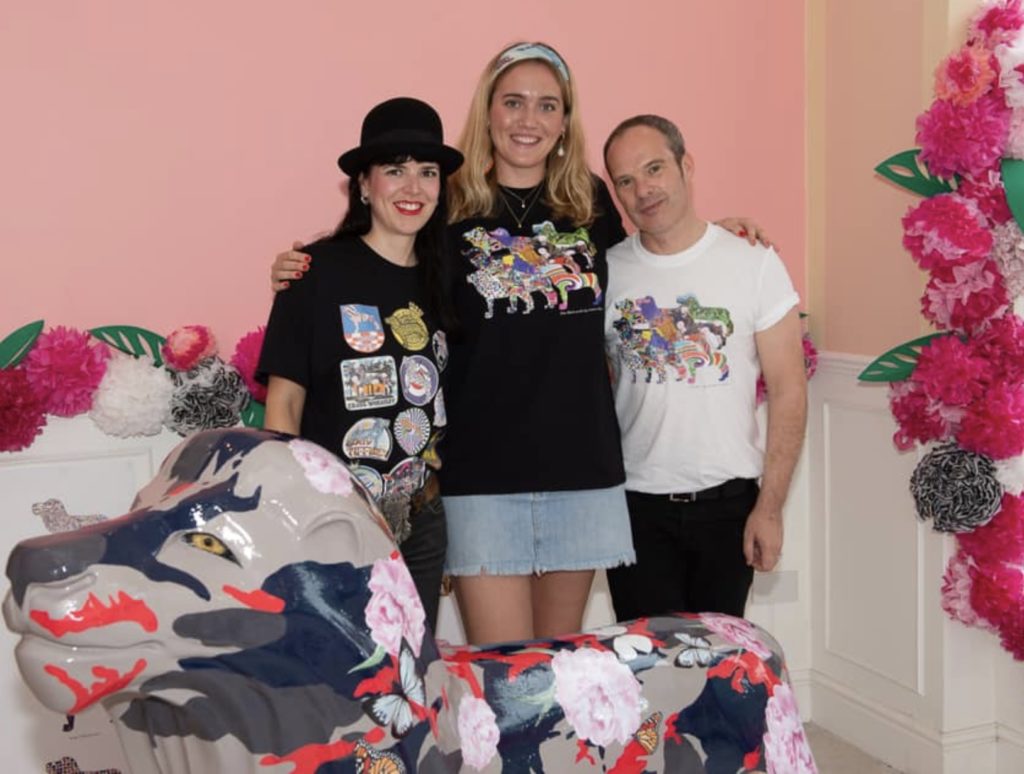 ARTIST INFORMATION - To see all of the fabulous lion sculptures, with information about their talented artists and links to their websites, see the Lions Page of the website.

BESPOKE MINI-LIONS - Some artists may be able to paint mini-versions of their lions.  See the Shop Page of the website for info about the 30cm long, solid plaster mini-lions and do email artists@lionsofwindsor.org if you would like us to contact an artist to ask for a quote.

The roarsome pride went on public display across the Royal Borough of Windsor & Maidenhead from 10th August (World Lion Day!) until 31st October.

After nearly three months delighting lion fans of all ages, the pride will then head off to the Lions Roar Goodbye auction preview weekend on 9th & 10th November at Windsor Yards (ex-Fenwick store), before the charity auction on 28th November at the Runnymede Hotel near Windsor. 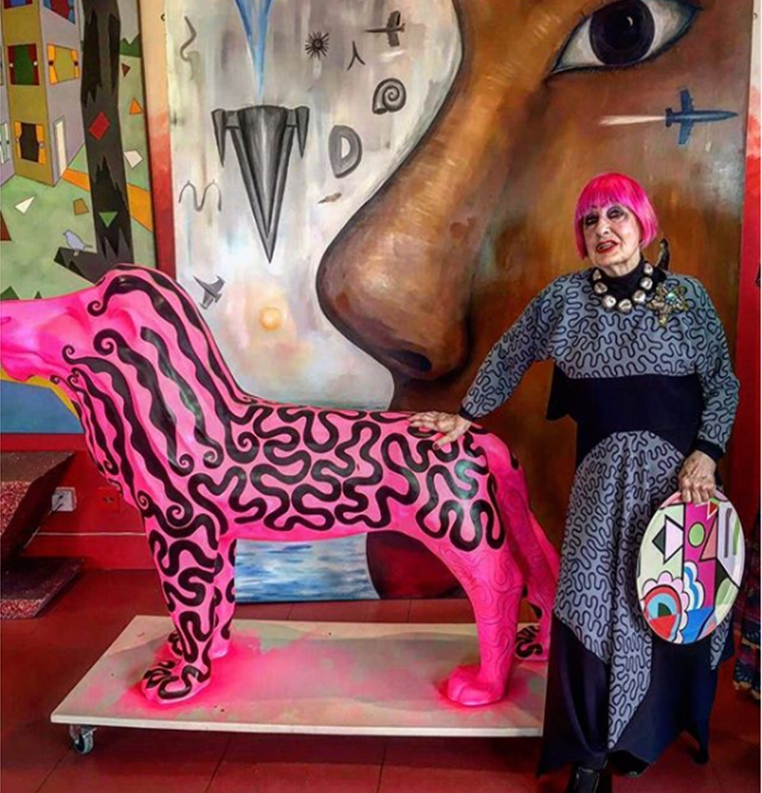 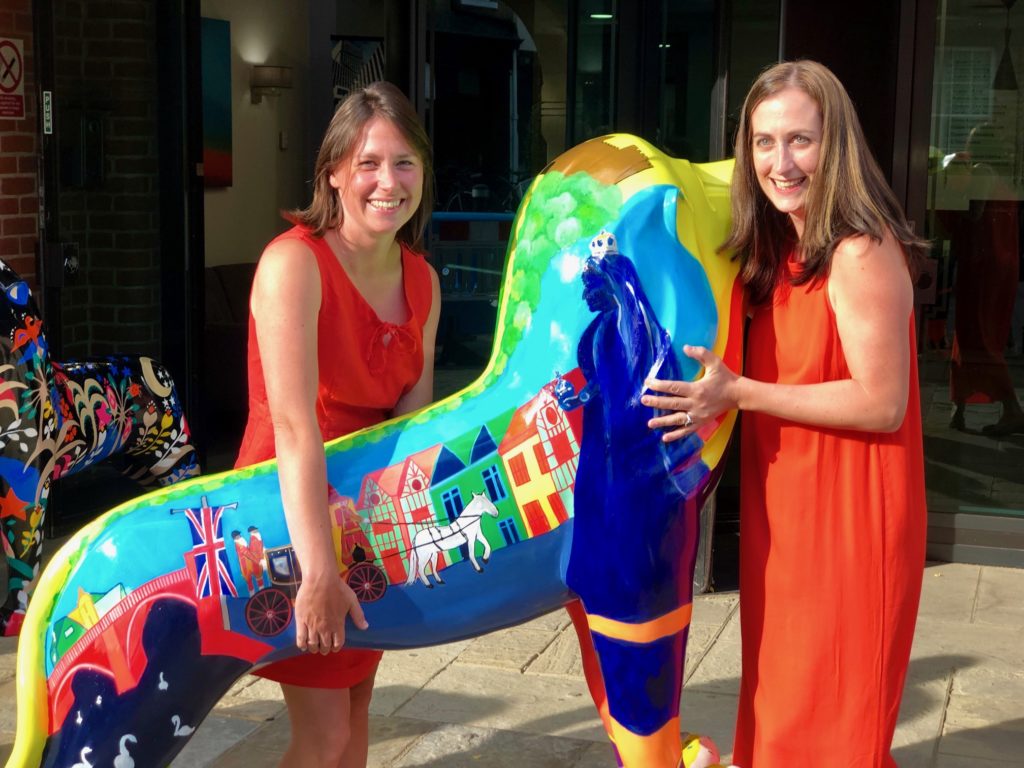 Artist Lyora Pissarro, great-great-granddaughter of the famous French impressionist Camille Pissarro, flew in from New York to paint her lion.  When the sculpture was delivered, her mother Lelia Pissarro was so impressed by the magnificent beast that she asked to decorate one too!  The creative mother and daughter team enjoyed bonding over their mini-Pissarro pride as they painted side by side in the conservatory! 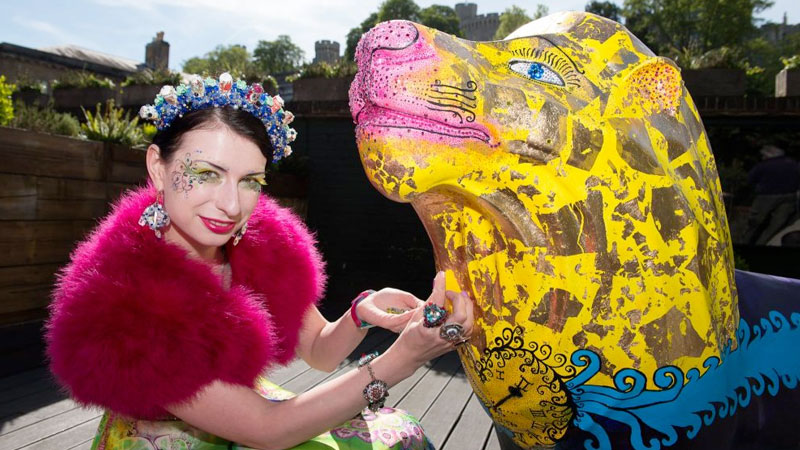 Artist Anna Kompaniets decorating her lion for Berry's Jewellers, which will be on display outside the famous Windsor jewellers in Peascod Street 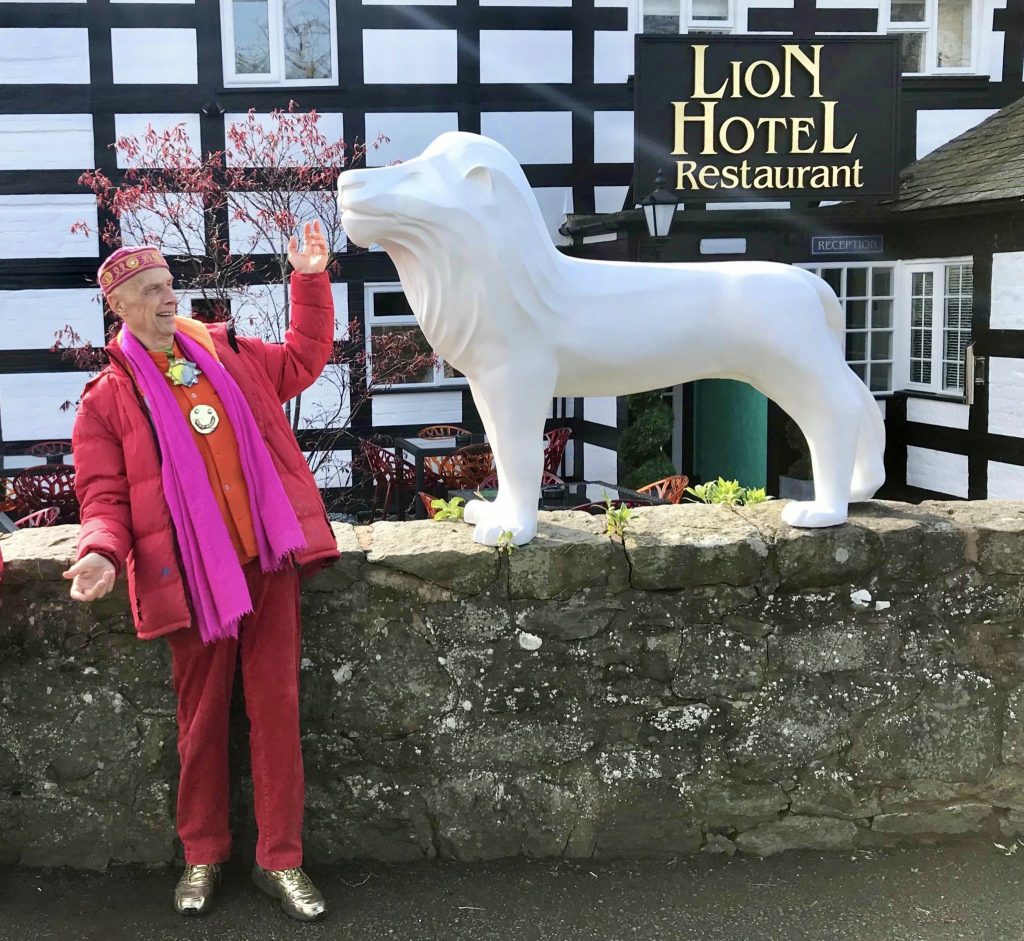 Sculptor, Artist and Jeweller Andrew Logan taking delivery of his lion at his appropriately named local in mid Wales!  'The King and I' is now fluorescent pink with a bejewelled crown and on display at the Old Court Arts Centre in St Leonard's Road. 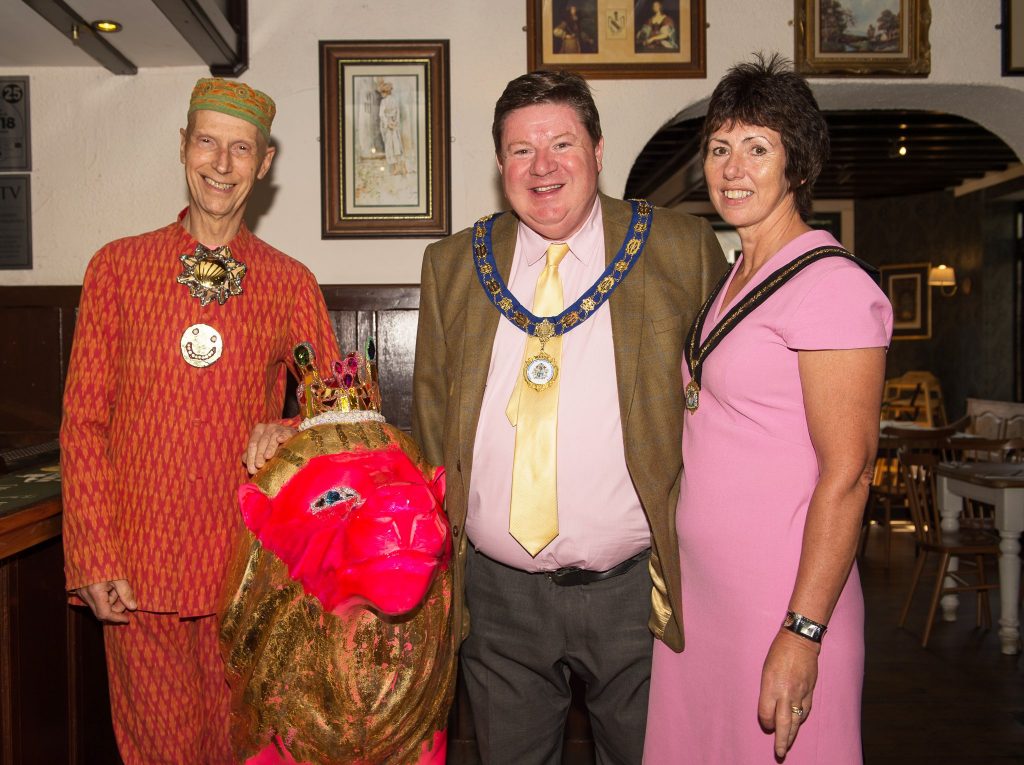 Andrew and his crowned lion at our first media launch with the very aptly named Mayor and Mayoress Lion!

A huge thank you to all of the fabulously talented artists who kindly submitted lion designs.