A mini-pride of Lion Cubs has been decorated by schools, community groups and charities

In addition to the large lions, a mini-pride of 15 cute lion cubs was decorated by schools, children's art groups and designers.

Pupils and teachers have loved being part of the creative process and seeing their lions displayed in pride of place on the 'mane' sculpture trail across Windsor, Ascot, Old Windsor and Maidenhead 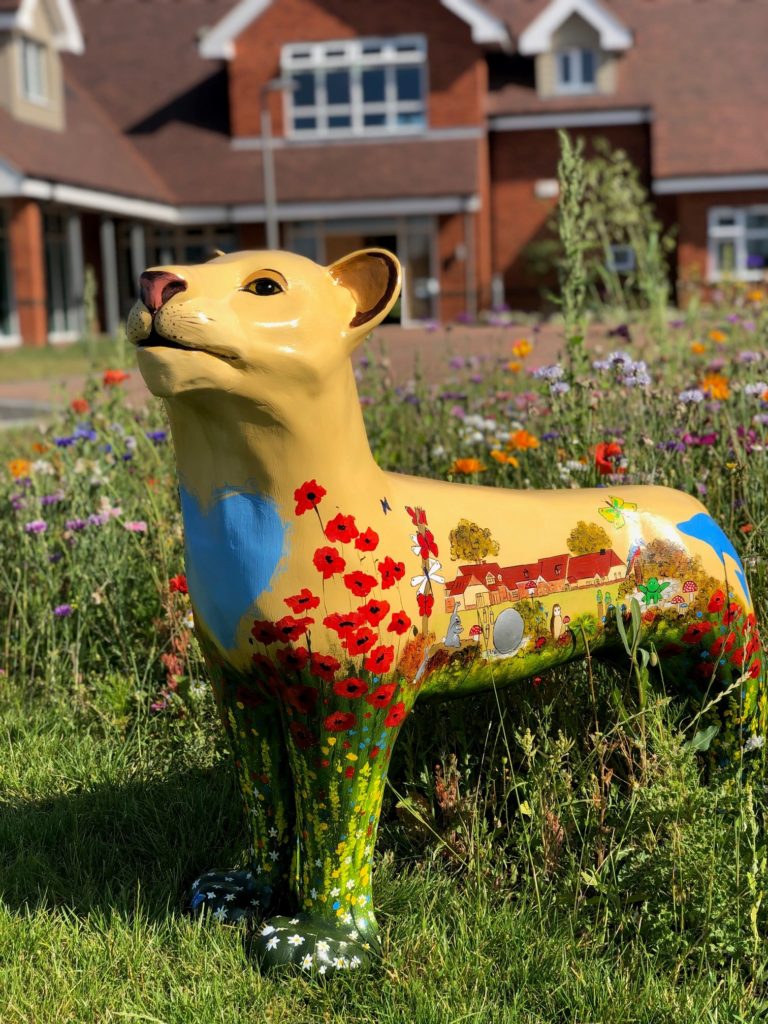 Simba was sponsored by Gold Sponsor LEGOLAND Windsor Resort for the Alexander Devine Children's Hospice Service and was displayed near their large lion, Legolas in Royal Windsor Shopping by Windsor Castle. 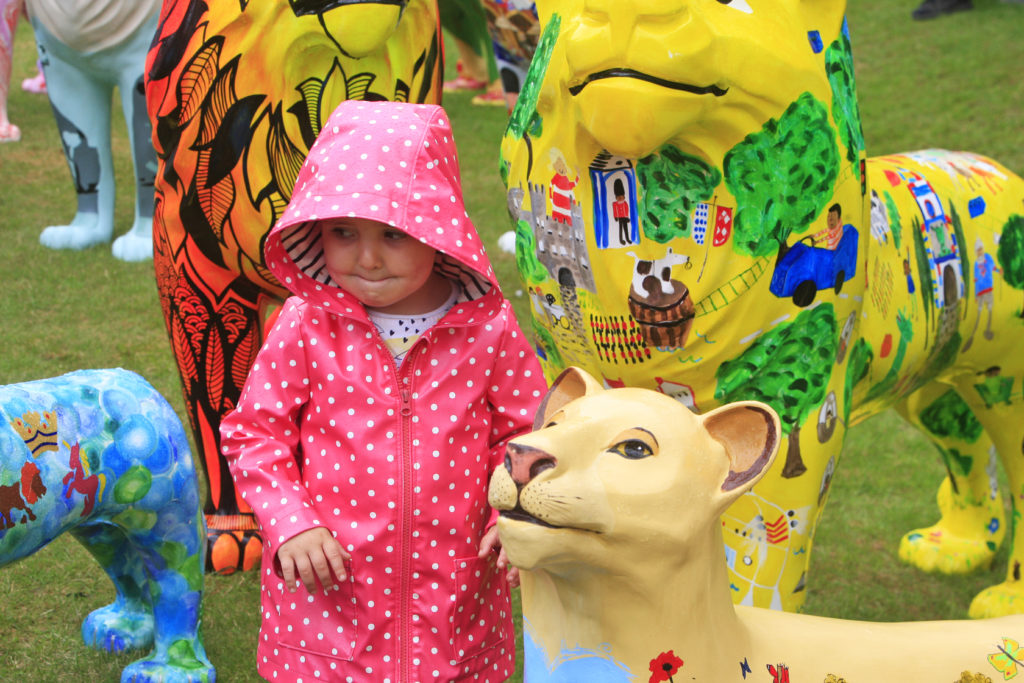 A young visitor to the media launch braves the showers to inspect the cubs, displayed with their larger counterparts on the Headmaster's lawn at St George's School, Windsor Castle. 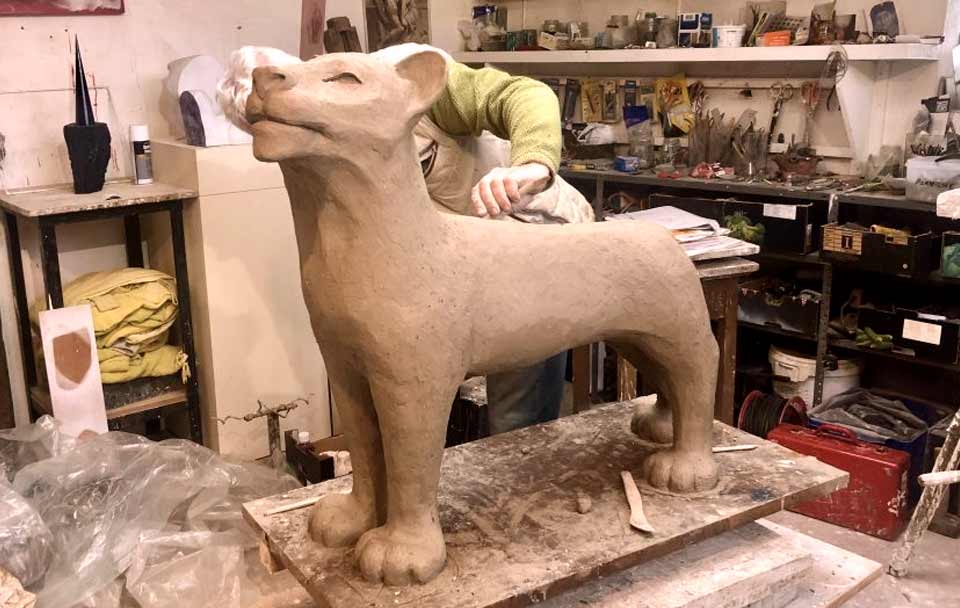 The original clay mould for the cub taking place in sculptor Alan Dun's studio near Bath. 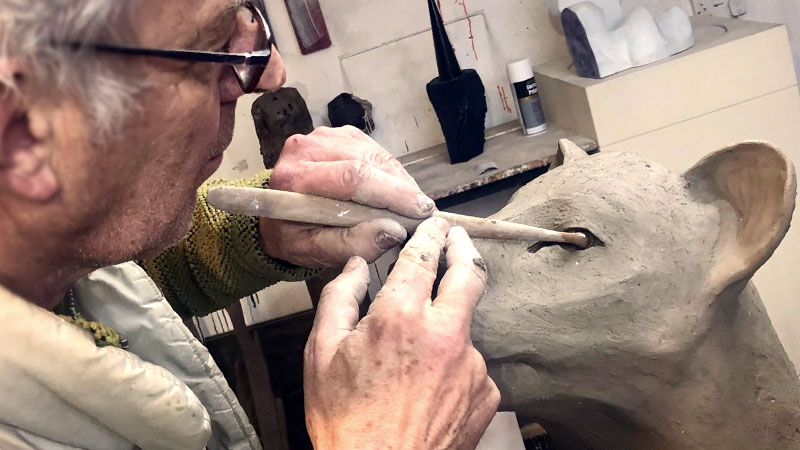 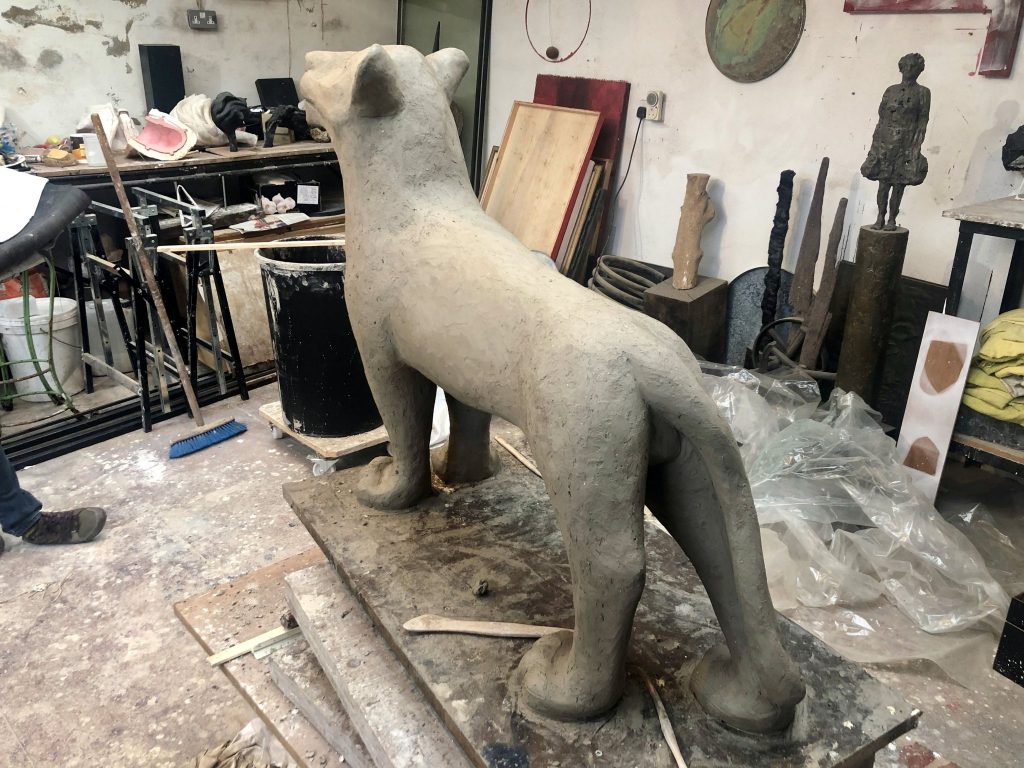 The next stage was creating a fibreglass mould of the clay, then producing a fibreglass cub from the mould.  The master cub was then sent to the mane fibreglass factory, which created a master mould from which the cub pride was produced.

The mould was made up of 12 individual parts, which were coated with fibreglass, left to dry, then popped out of the mould and all the pieces joined together.  The joins are then sanded down by hand and then sprayed with a paint primer for artists to paint.  Each cub takes two days to make - a long process, but definitely worth it! 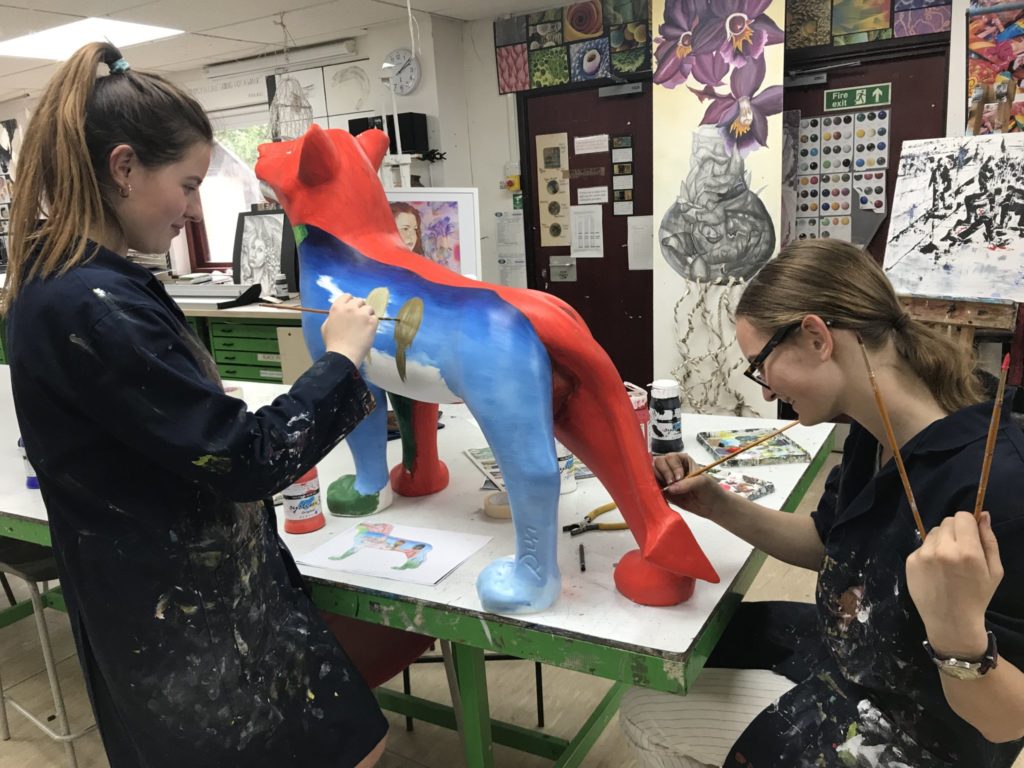 Pupils from St George's Ascot painting 'George', which was displayed outside Ascot Racecourse 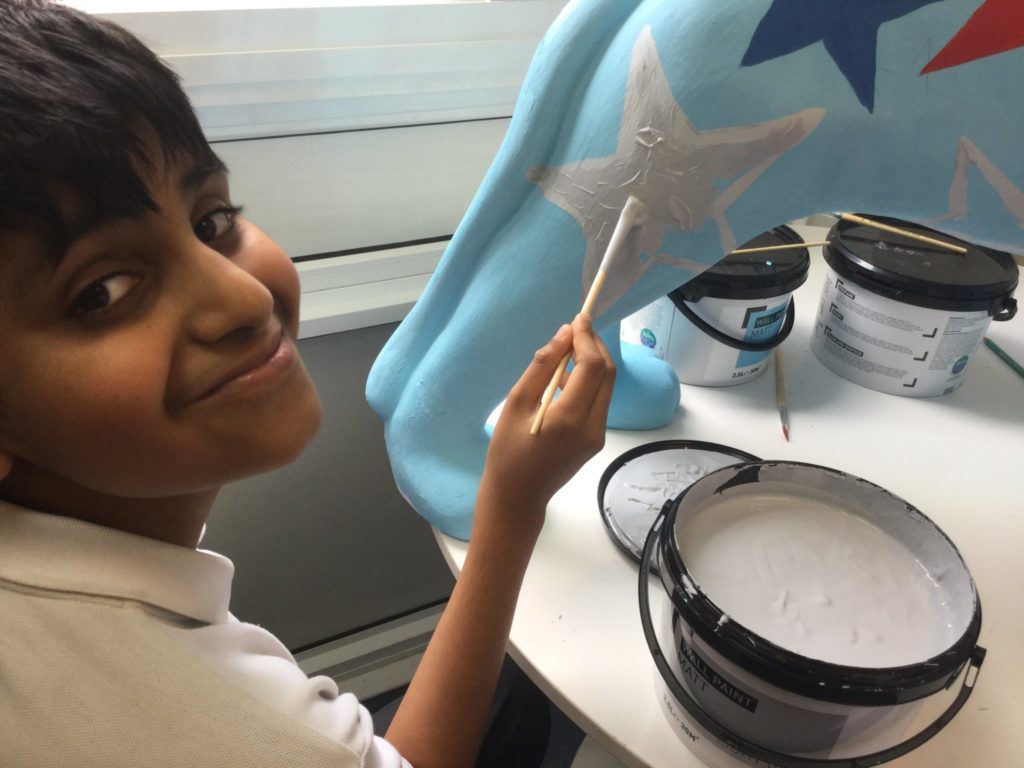 Pupils from Forest Bridge School in Maidenhead painting LEO, which was kindly sponsored by LEO Pharma for the unique special needs school.  LEO was displayed outside the Thames Hospice shop in Windsor 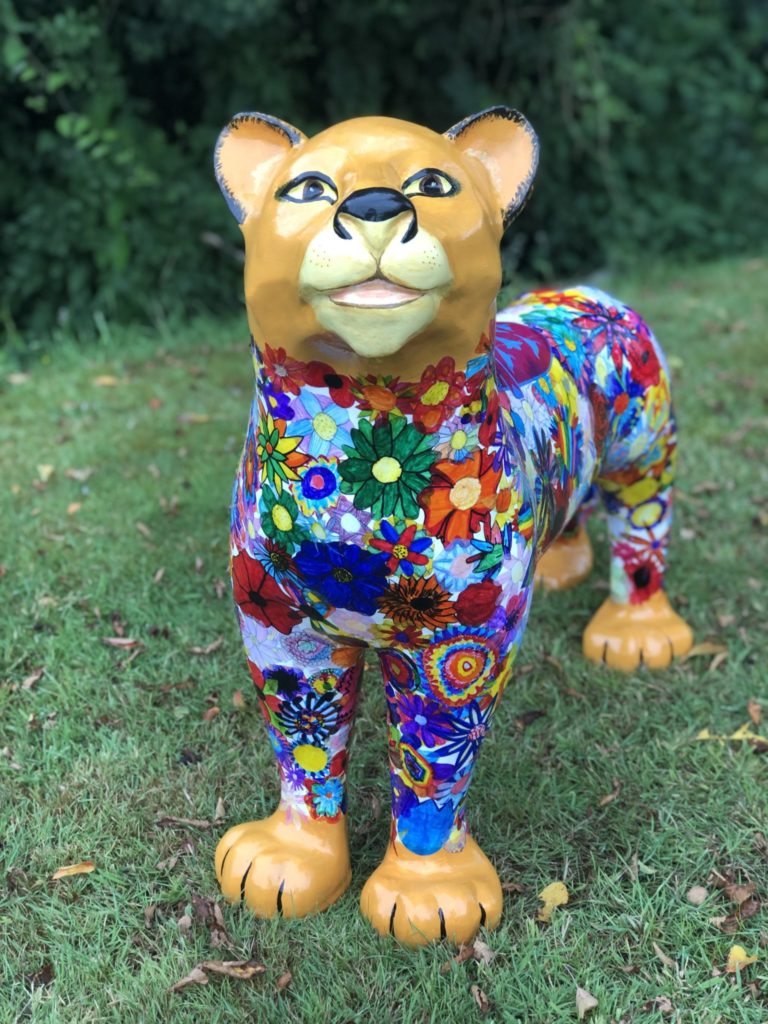 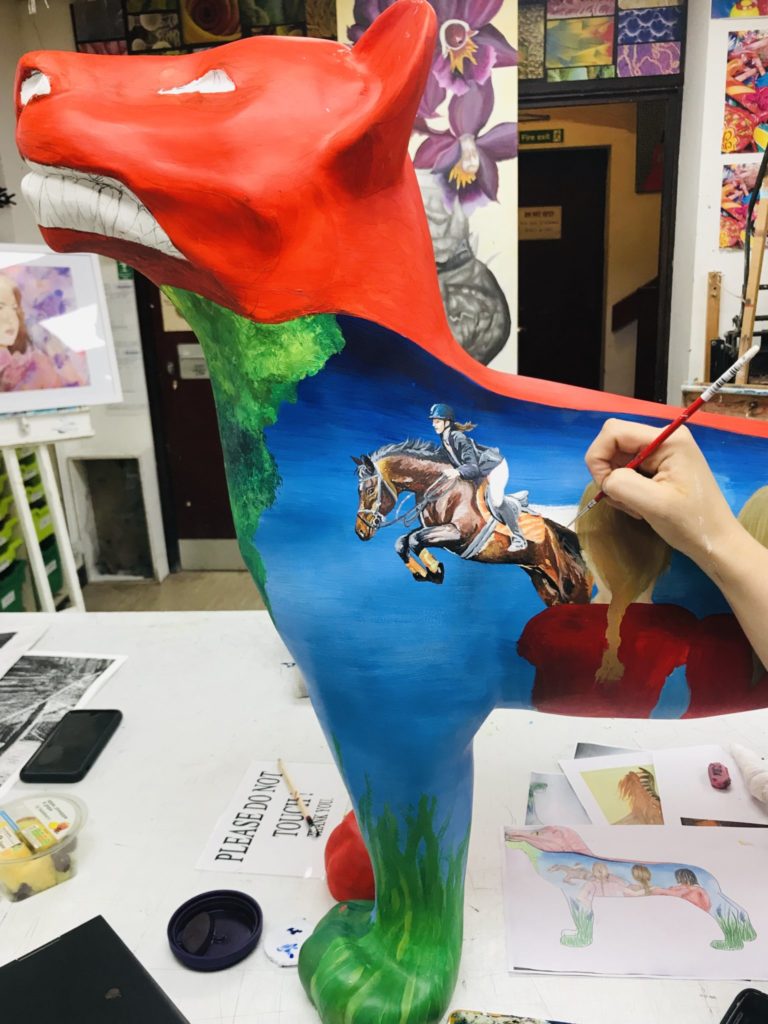 In the wild, lions live for an average of 12 years and up to 16 years. They live up to 25 years in captivity.